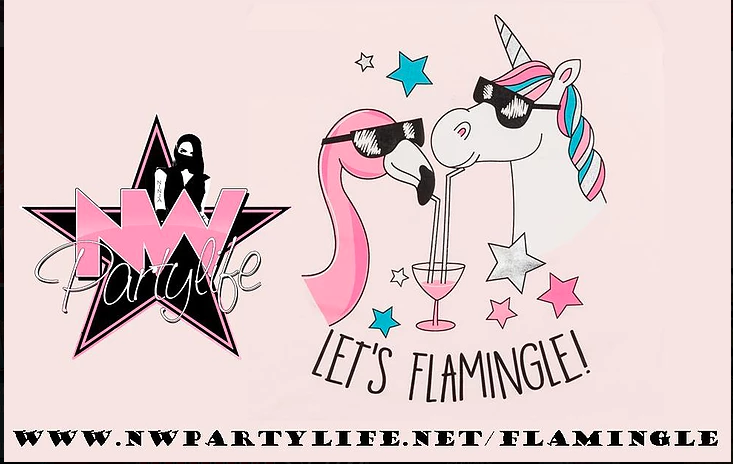 The wife and I recently signed up for a Kasidie paid membership to try meeting some other couples out on dates. While whether a paid membership on Kasidie is worth it or not is another subject, we stumbled across a party hosted by NW Partylife, a swinger party group that hosts takeovers, meet ups and events in the NW Suburbs of Chicago. Seeing that a number of people were attending the party on Kasidie, we figured this would be a great chance for us to get outside of our comfort zone and see if we could meet up with some of our sexy couple friends at their event.

The website for NW Partylife basically says that it hosts and promotes private parties and events in the NW suburbs of Chicago and beyond. We don’t know much about how long NW Partylife has been around and the website doesn’t say much except giving clues about upcoming parties and registration details. Rather than write a complete play by play of our evening, we’ll give you a bulleted list of what we liked and didn’t like about the NW Partylife Flamingle party:

• Registration was easy. They had their own payment system on the website to register for the party. We appreciated the low cost tickets, considering this was a bar takeover. Typically groups like this charge a hefty entrance fee just to get into the party, on top of spending money on overpriced drinks.

• The venue was a nice, sexy venue. At first we thought this was going to be hard to fill and too big, but eventually the crowd filled it up pretty nicely. Huge turn out. Probably about 200-250 people easily. The biggest party we’ve ever been to I think in Chicago. There was enough room to dance and had several table tops and seating for people to sit. The bar area was a little crowded, naturally, but we didn’t have too difficult of a time being served. Drinks were ok. They ran out of Tito’s at one point. Uh oh!

• Music was pretty good. As the night went on, the music got louder though and made it difficult to talk. This is why we usually don’t like bar takeovers. We like to be able to have a conversation with a couple we are interested in, and environments like these aren’t conducive to making that connection. Yet, when it comes to dancing, the DJ played a great mix of dance music, hip-hop and hits.

• The downfall of these type of parties is there isn’t any play on-site. Granted, the hotel was less than a mile away, but we didn’t plan on staying at the hotel for the added cost of the party. Plus we had a curfew to relieve the babysitter so we couldn’t stay even if we wanted to. We can’t comment on what happened at the hotel, only to say that NW Partylife had rooms blocked off for people staying with their party. I imagine things might have continued at the hotel, but the party at the bar went till at least 12am.

• We did meet a couple of new couples that we were interested in, but nothing more than dancing and a few drinks happened. Maybe if NW Partylife had some type of icebreakers to help people meet each other it would have been a bonus. Basically this party was a pop-up nightclub for swingers.

Over all we had a great time and we would definitely go back to another party. The last venue they were using for parties was an indoor sand volleyball court which was a big turn off for us so we never went. We hope NW Partylife keeps their costs reasonable because I doubt we would have paid much more for the entrance if they ever decide to raise their prices. If you want to find out more about NW Party Life you can visit their website here https://www.nwpartylife.net/. We would recommend checking them out at least a couple times to see what it’s like.